**If you downloaded before October 17, download again.  There is a new cleaner mix of “Vampire of Richmond”** 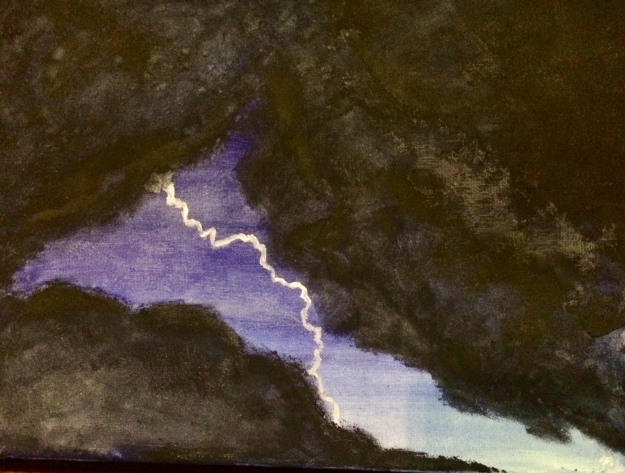 All songs by Professor D are by me. Hope you enjoy and let me know what you think. Feel free to share and pass on the link.  If you want more, check out the previous year’s mixes links at the bottom of this post.

I’ve also just uploaded a bunch of music I made on old mixes under The Best of Professor D.

I am attempting to do something new, (after 18 years of mixes, it is not easy) and have used edited excerpts from children’s spooky records from the past to supplement the music and make the mix more of an experience (my ultimate goal).

I’m going to post information about each track all month, so check back in and scroll down to see new entries. 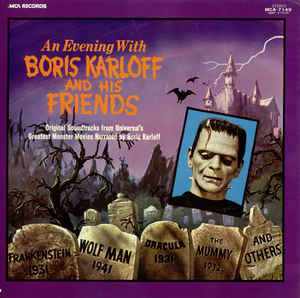 Best known for portraying Frankenstein’s monster in the classic Universal Monster Movies, as well as many other horror roles, I book ended this mix with clips from Boris Karloff’s introduction and outro to the record.  The record itself is mostly famous clips from the most popular Universal Monster Movies; Dracula, Frankenstein, The Mummy, Bride of Frankenstein, Son of Frankenstein, The Wolf Man and House of Frankenstein; introduced by Karloff.  His distinct voice is so perfect for this album; it is a shame that his most famous role was mostly voice-less.  I can never take anyone else seriously as The Grinch, no matter how many new, inferior versions that are made.

This album was a collaboration with Forrest J. Ackerman, the writer and editor who created and coined the term “Sci-fi”, collected mass amounts of film memorabilia, and created Famous Monsters of Filmland magazine. 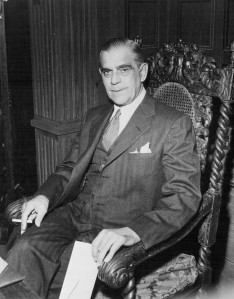 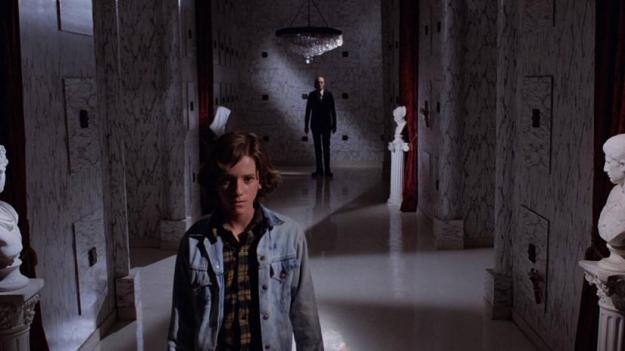 Phantasm had low budget ($300,000) and amateur acting, but there is just something about the way it all came together that makes it a classic: the strange story/mythology, creepy antagonist (Angus Scrimm as The Tall Man), floating murder orbs, a classic hot rod car, and jawa-like minions.  The music really added a layer to the film that helps with its weaker elements.  Here is the iconic opening theme.

Don Coscarelli wrote, directed, and produced.  The way the film plays with reality and dreams/alternate dimensions can be seen to have influenced Wes Craven’s Nightmare on Elmstreet series. Coscarelli also directed my favorite 80’s sword and sorcery movie, The Beastmaster, and  the more recent Bubba Ho-Tep, starring Bruce Campbell as a geriatric Elvis, who must battle a mummy who prays upon the members of his retirement home.  I’ve only seen the first two, but hear that all five are worth seeing. 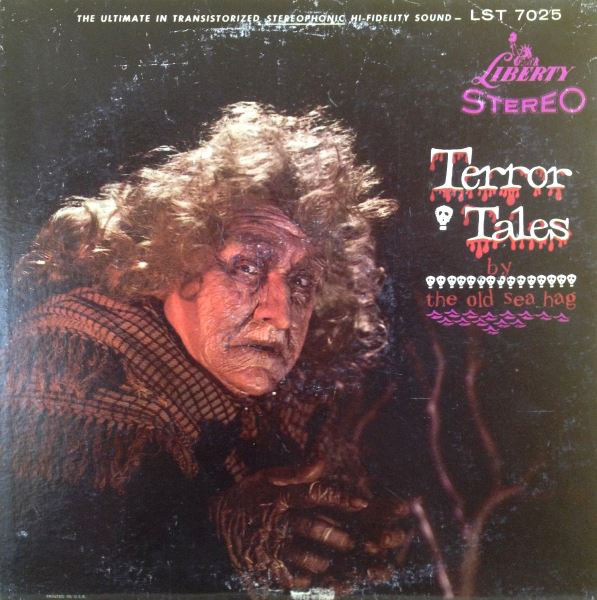 This album is my favorite of all of the spooky children’s records that I researched for this mix.  The delivery and the stories really offer a sold horror experience that must have given kids nightmares in its day.  The liner notes describe the narrator as “an ancient woman of the sea whose beginnings are relegated to the frothy oceans of conjecture.”  The Old Sea Hag was a character performed by Shakespearean trained actress, Martha Wentworth, who had roles in Disney animated films like 101 Dalmatians and  The Sword and the Stone, Orson Well’s The Stranger, and MST3000 subject The Beatniks.  She was known as the “Actress of 100 Voices.” 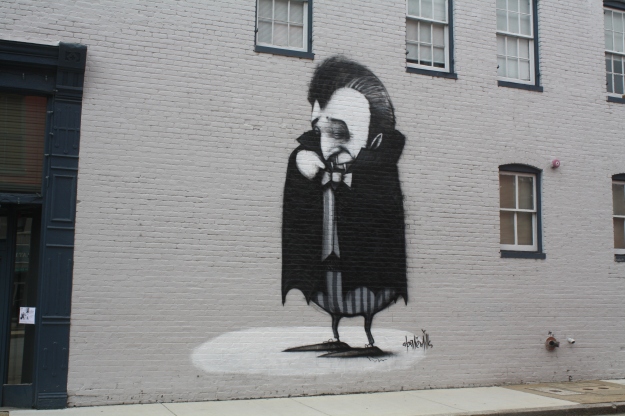 I’ve been wanting to write a song about the Richmond Vampire for years and am very proud of the final product.  When I first moved to Richmond, I had heard about the Vampire seen coming and going from W. W. Pool’s grave.  Some said that W.W. Pool was the Vampire and others said the Vampire came from the Church Hill Tunnel collapse.  I even heard that W.W. Pool was the Richmond Vampire and had originally died in the Church Hill Tunnel collapse, but that didn’t add up as he died in 1913 and the tunnel collapse happened in 1925.  These various versions had been a result of the story passing by word of mouth.  I did my own research and discovered the full story, which can be viewed in the video below that I created years ago. 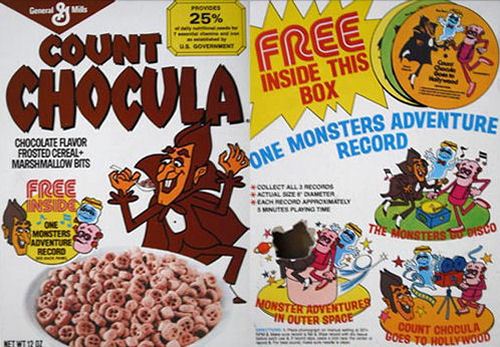 This clip is from a plastic, one sided record that could be found inside boxes of cereal in 1979.  There were a lot of Flexi-records like this for kids at the time.  They were pretty cheap and not at all sturdy, hence the flexibility. There were also “Count Chocula Goes To Hollywood” and “The Monsters Go Disco” records.  Pretty silly, there was not much on the record that I would consider worthy of this mix outside of what is here. 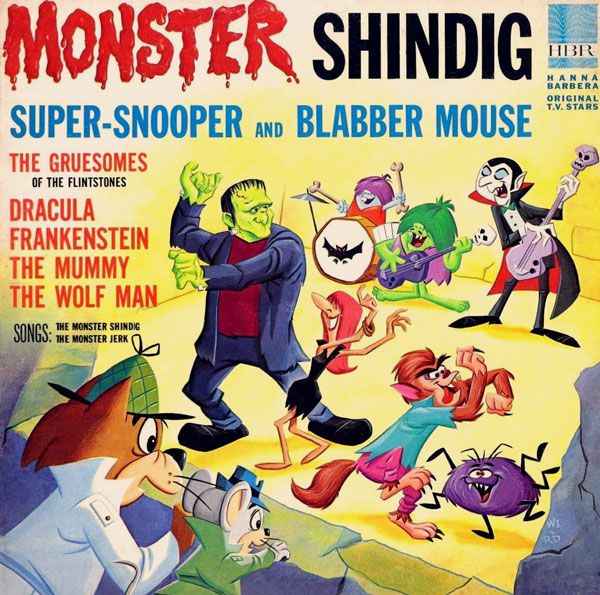 Cartoon production company Hanna Barbera, made this album of Super-Snooper and Blabber Mouse, cartoon stars from 1959-1961.  This album came out in 1965.  As a part of the narrative, there were two songs by a fictional band full of monsters.  The band members, The Gruesomes, got their start on this album and would later show up on The Flintstones and Laugh-a-lympics, with a few comic appearances.  The singer on the song, is actually Donny Hutton from Three Dog Night. 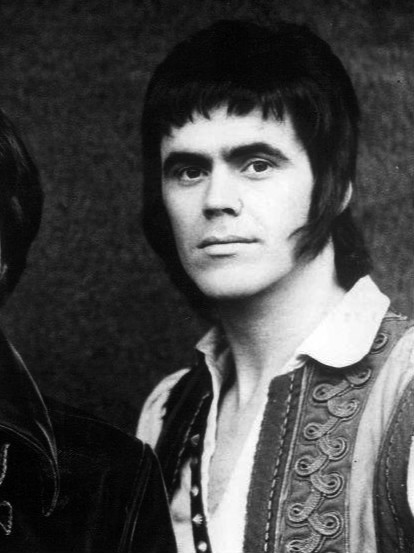 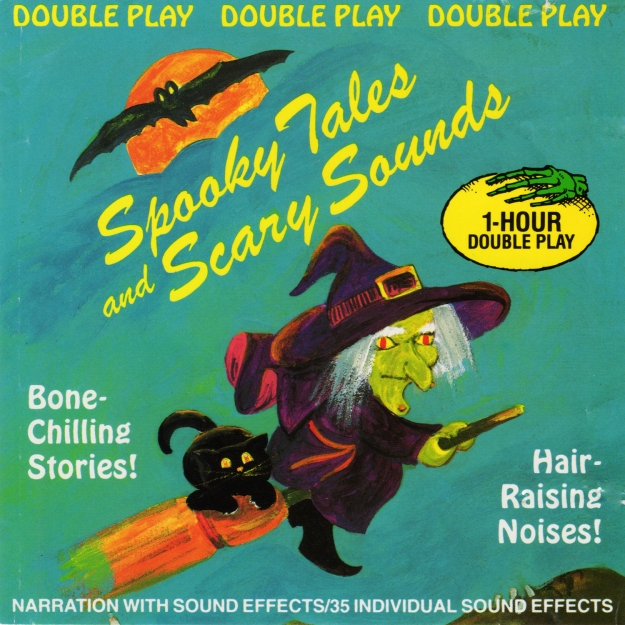 There is not a great deal of information on this album.  It came out in 1993 and has an excellent narrator introducing each track. This track is my favorite; the highlight is what I have included here. It becomes very basic after the introduction on most tracks.  It is exactly what you would expect can be found on most any Halloween sound effects record. 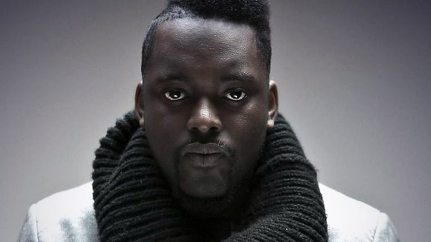 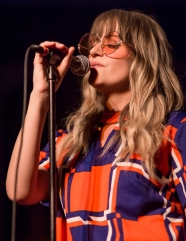 Silvastone is a United Kingdom music producer, now performer, who mixes UK, Afrobeats, and Global music styles. Bellsaint, whose real name is Carol Brooks, is a singer/songwriter from Texas and lists her main influences as Nancy Sinatra, Johnny Cash, and Queen.  Together they made “Full Moon Tonight,” which appeared in Sabrina: The Teenage Witch, where I became aware of it, as well as a few other places.  Apparently, it was written for the Boo 2! Madea’s Halloween. 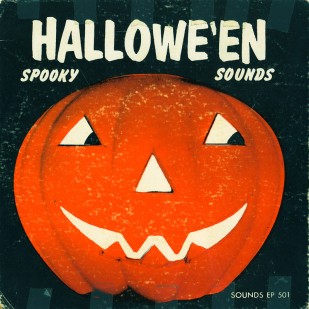 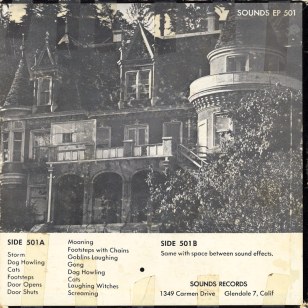 This sound effects record was released in 1962 by Sounds Records from Glendale, California.  The company’s total collection of produced material is two other Halloween sound effect albums.  That’s it.  One side was all of the sound effects as one track, and the other side was each sound effect as an individual track. 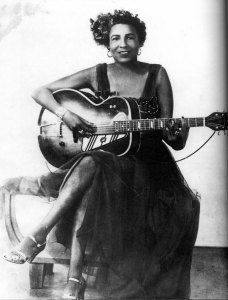 Lizzie Douglas lived in and was greatly influenced by New Orleans and performed under the name Memphis Minnie.  She was very popular in the 1920’s and recorded over 200 songs by the 50’s.  She was one of the first musicians to master the electric guitar. “Haunted Blues” was the b-side to “Black Cat Blues,” which is surely a future Halloween mix inclusion. 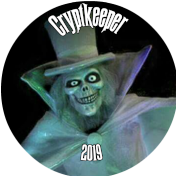 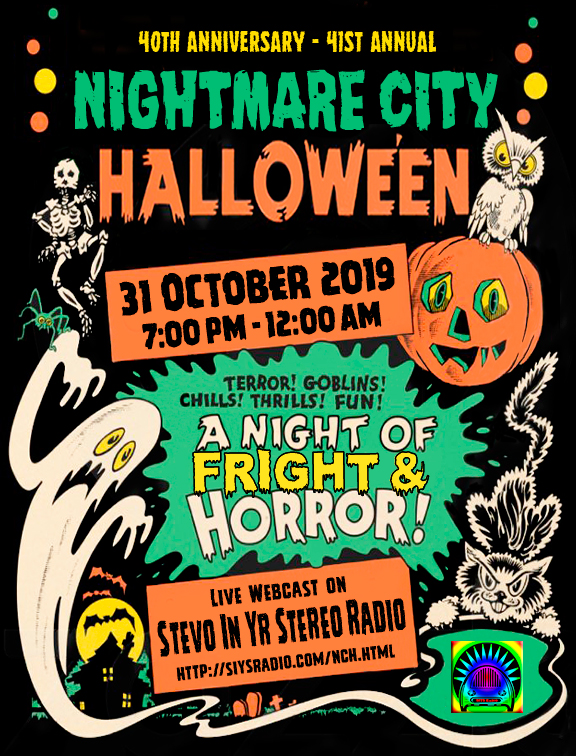 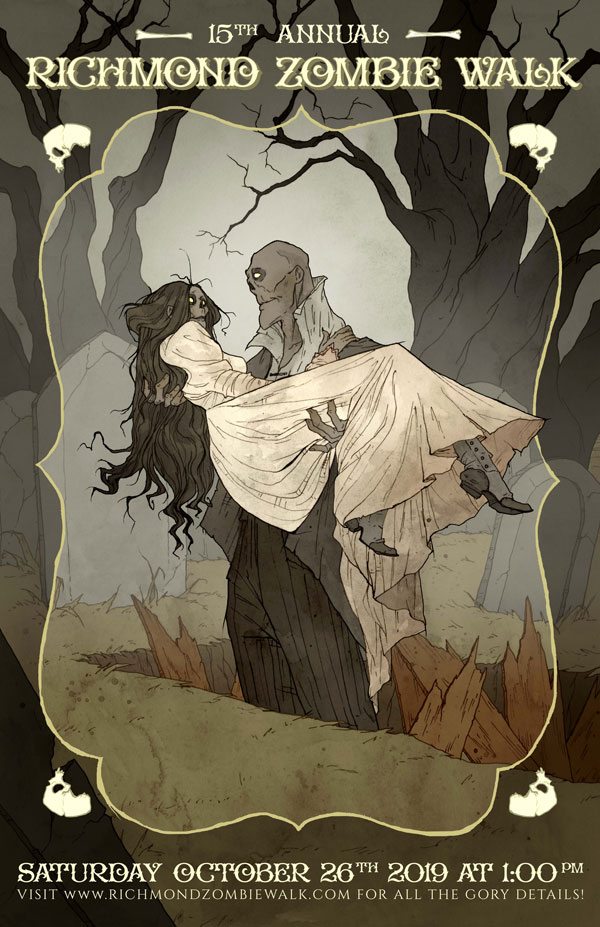 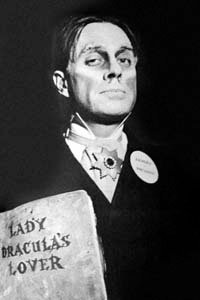 Futurist, Geek, enthusiastic notebooker and startup owner. These are my thoughts, musings & observations.

It Came from Beneath My Mind!

THE HORRORS OF IT ALL

HISTORIES OF THINGS TO COME

Cult of the Great Pumpkin

For people who sincerely love Halloween

Branded in the 80s

The Phantasmagoric Beast Of The Haunted Screaming Horror Of The Mad Scientist's Monster's Bride Of The Vampire's Bloody Psychotic Alien Werewolf Curse Of The Ghost Of The Zombie That Ate The Return of Dav's Ultimate Halloween
Create a free website or blog at WordPress.com.